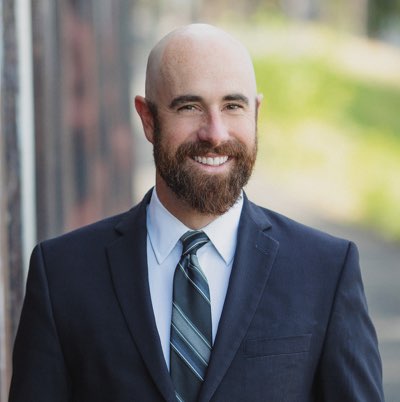 Luke is a founding attorney and co-owner at Smith + Malek. He practices in the areas of business, healthcare and municipal law, including transactions and litigation. He strives to make the world a better place in all he does.

Luke was raised in northern Idaho and attended the College of Idaho in Caldwell, graduating in 2004. Prior to becoming a lawyer, Luke worked for the Office of the Governor as the Regional Director in Northern Idaho under former Governor Jim Risch. Luke also worked as the Executive Director of the Post Falls Urban Renewal Agency.

Luke earned his J.D. from the University of Idaho College of Law in Moscow in 2010. After serving as a deputy prosecutor for Kootenai County, Luke served as corporate counsel for Heritage Health in Coeur d’Alene and then founded Smith + Malek in 2015 with Peter J. Smith IV. Luke represented North Idaho’s District 4 in the Idaho Legislature.

Luke is married to Tara Malek and, in his downtime, enjoys spending time with her, skiing, biking, fishing, and camping. If he weren’t practicing law, Luke would enjoy being a fishing guide or a country singer.

What’s your favorite quote?
“Bad men need nothing more to compass their ends than that good men should look on and do nothing.”

What is your all-time favorite book?
“Wuthering Heights” by Emily Bronte.

If you could rid the world of one thing, what would it be?
Persecution of the weak.