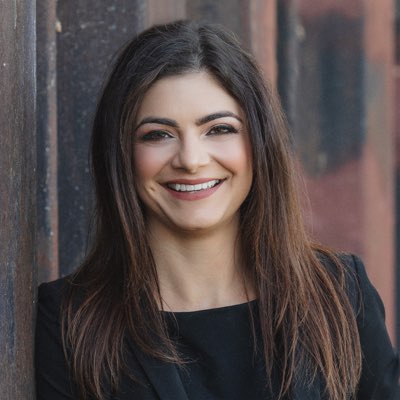 Tara was born in England, but she grew up in Washington State and Arizona. She holds a B.A. in political science from the University of Arizona in Tucson, and she moved to Idaho in 2008 to attend the University of Idaho College of Law, where she met her husband, Luke Malek. She graduated with her J.D. in 2011.

In 2018, the Idaho Business Review named Tara among Idaho’s Women of the Year honorees, and in 2019, she was named among the publication’s Leaders in Law. “I chose a career in law because I wanted to pursue justice and equality and help make the world a better place,” says Tara.

She currently serves on the board of CASA (Court Appointed Special Advocates) and is a past board member at Safe Passages in Coeur d’Alene. In her free time, Tara enjoys volunteering in the community, backpacking, hiking, and fly-fishing with her husband, Luke Malek.

What is your hope for the future?
Worldwide gender equality.

What are you currently reading?
I usually read several books at the same time: “The Happiness Advantage,” “Furious Hours,” “A Curve in the Road,” “The Six Wives of Henry VIII.”

Why Smith + Malek?
To change the world.

Any cookies that may not be particularly necessary for the website to function and is used specifically to collect user personal data via analytics, ads, other embedded contents are termed as non-necessary cookies. It is mandatory to procure user consent prior to running these cookies on your website.